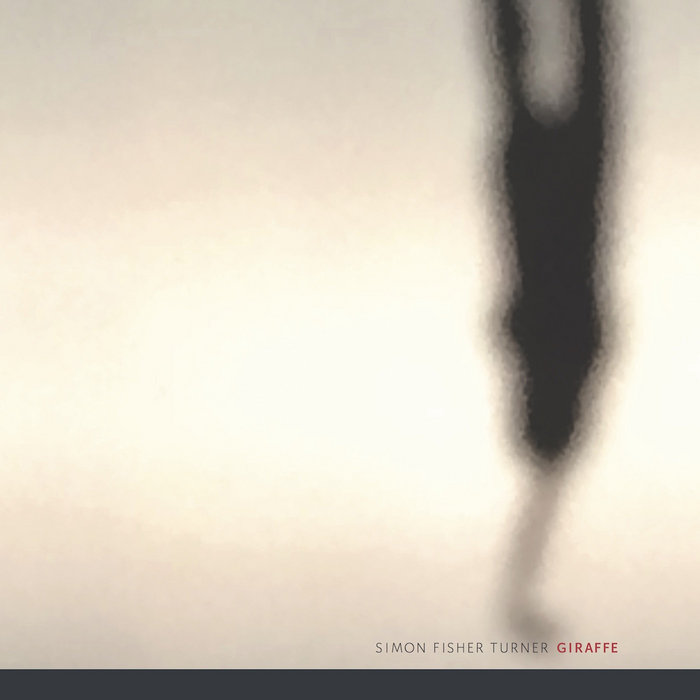 Editions Mego is proud to present the latest opus from legendary British composer, actor, sound designer and all round fine human Simon Fisher Turner. Giraffe is a new major work which blurs the lines between sound design and song, machine severity and narrative sentimentality. Subtitled ‘living in sounds and music’ Giraffe take the listener through a vast journey where an abstract clacking of unknown origin rubs up against a melancholic electronic sequence. ‘Life sounds’ were captured with a portable hard disc recorder and i-phone and appear alongside contemporar sound design. Emma Smith provides the narrative on ‘Slight Smile’ whilst electronic machines grind amongst background industrial klang in ‘Mud Larks’. 'Save As' revolves around a beautiful simple piano motif which soon folds into an unnerving field recording and drone combination.

Giraffe is a document of interior and exterior duality. A living space where machines and the surrounding world collide, a sonic landscape where musical and nonmusical elements are placed on an level hierarchy. The alchemy of these constituent parts results in the magic of Giraffe, one where the symbiotic sequence of events highlights a unique approach to sound as rapturous matter in whatever form it takes.

The rest by Sft and family

I would like to thank the following collaborative artists
without whom nothing you hear would have been recorded:
Alison Shotz, Shiro Takatani, Cibic Jasmina, Sandro Kopp,
Isaac Julien, Cynthia Beatt, Davide Quayola, Tilda Swinton

May peace prevail on Earth

Bandcamp Daily  your guide to the world of Bandcamp

Guests include Kassa Overall and Muriel Grossman, plus an LP of the week by Van Hunt.